TRASH TALK Webinar for Educators (10:24 minutes) provides hands-on activities for after the videos.

Ocean Today
This Ocean Today website falls under NOAA’s website and is described as “…an exciting, multimedia kiosk that features videos on all aspects of the ocean realm -- exploration and discoveries, marine life and science, [Ocean Today] was originally designed for the Sant Ocean Hall in the Smithsonian Institution’s National Museum of Natural History which opened in September 2008. The website serves as online archive for those who are unable to experience it in person.”

Trash Talk videos listed above are also found at Ocean Today along with these two marine debris videos:

The Ugly Journey of our Trash (2:55 mins) from the PADI AWARE Foundation (formerly the Project A.W.A.R.E. Foundation) which was created in 1989 to “teach the world about the importance and responsibility of preserving the aquatic environment.” AWARE stands for Aquatic World Awareness Responsibility and Education.

How Ocean Pollution Affects Humans (1 minute)
from Divein.com
Includes an article, infographic and a link to a video showing a can found in a fish’s stomach 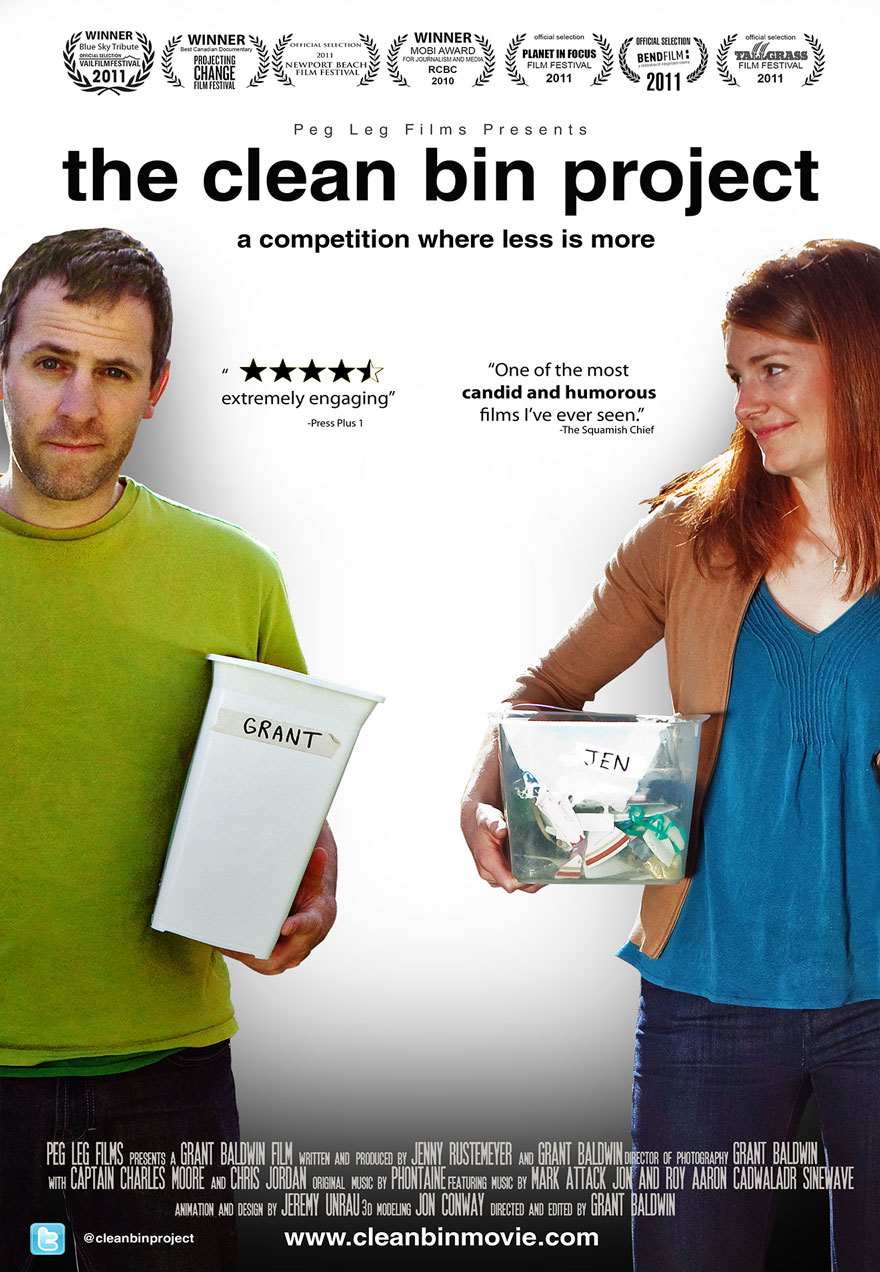 The Clean Bin Project: A Competition Where Less is More (A Documentary Film)
(2 versions: 53 or 76 minutes, 2010)
Preview (2:40 minutes) available
“Is it possible to live completely waste free? In this multi-award winning, festival favourite, partners Jen and Grant go head to head in a competition to see who can swear off consumerism and produce the least garbage Their light-hearted competition is set against a darker examination of the problem waste.  Even as Grant and Jen start to garner interest in their project, they struggle to find meaning in their minuscule influence on the large-scale environmental impacts of our “throw-away society”. Described as An Inconvenient Truth meets Super Size Me, The Clean Bin Project features laugh out loud moments, stop motion animations, and unforgettable imagery. Captivating interviews with renowned artist, Chris Jordan and TED Lecturer Captain Charles Moore, make this film a fun and inspiring call to individual action that speaks to crowds of all ages.” – cleanbinmovie.com 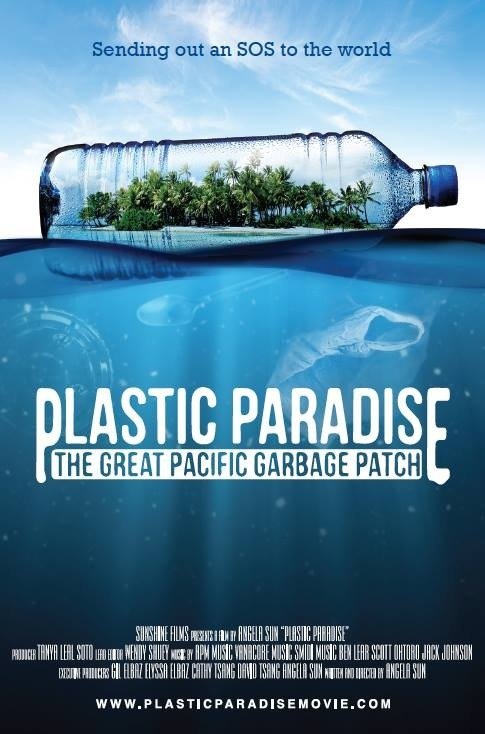 Plastic Paradise, The Great Pacific Garbage Patch
(57 minutes, 2013)
Watch the trailer (1:57 minutes) here at IMBD.com
“Thousands of miles away from civilization, Midway Atoll is in one of the most remote places on earth.  And yet its become ground zero for The Great Pacific Garbage Patch, syphoning plastics from three distant continents.  In this independent documentary film, journalist/filmmaker Angela Sun travels on a personal journey of discovery to uncover this mysterious phenomenon.  Along the way she meets scientists, influencers, and volunteers who shed light on the effects of our rabid plastic consumption and learns the problem is more insidious than we could have ever imagined.” – plasticparadisemovie.com

Battle of the Bag: Deconstruction a Consumer Culture Icon (44 minutes, 2008)
Preview (3:23 minutes) available at Films Media Group (films.com)
“They take hundreds of years to biodegrade and have sparked heated debate around the world. This documentary examines the controversy over plastic bags, from their often devastating environmental impact to their remarkable ubiquity in consumer culture. Outlining the bag’s connection to Big Oil, the film presents environmental case studies in Mumbai, where clogged flood drains have sparked plastic bag bans, and Hawaii, where plastic beach litter has killed wildlife on a staggering scale. Also profiled is a retired German schoolteacher who has amassed the world’s largest plastic bag collection—and, for mysterious reasons, keeps it locked in a bomb shelter.” – Films Media Group (films.com)