PreventBalloonLitter.org, “Inspirational, colorful, litter-free ideas to celebrate, to remember and to honor the people who impact our lives.” This site includes many alternative ideas for balloon releases and has good educational resources: Factsheet and Publications 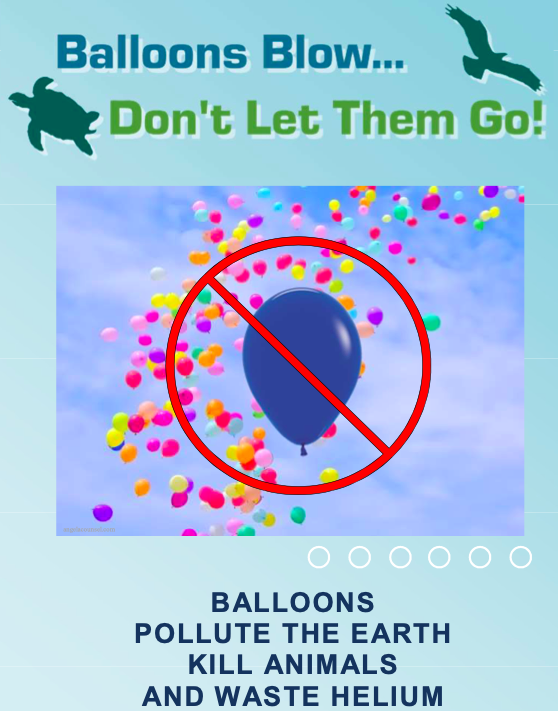 BalloonsBlow.org “Balloons Blow… Don’t Let them Go!”
This website is a valuable resource and includes information on helium depletion as well as the detrimental impacts of balloon releases. Visit their Education page and the creative list of environmentally friendly alternatives to balloon releases.  There is a list of balloon laws from across the country. More useful links: Brochure / Factsheet

Hold on to Those Balloons: They Could End up in the Ocean, (blog, March 2017) from NOAA’s Marine Debris Program
Discusses a study that was funded by NOAA Marine Debris Program for the Virginia Coastal Zone Management Program to “explore the issue of intentionally released balloons…” This study was completed in 2018 and is linked below. JoyfulSend-off.org is the website component of a campaign providing “Picture-Perfect, and Litter-Free, Send-Off Ideas to End a Picture-Perfect Wedding Day!” It is the website component of the JoyfulSend-off campaign.
“The Joyful Send-off campaign, including this website, was designed by the Virginia Coastal Zone Management Program and Clean Virginia Waterways of Longwood University. The goal of the campaign is to reduce helium balloon releases at weddings and balloon litter. The Joyful Send-off campaign encourages couples to use alternative, litter-free, send-off ideas that capture the same joyous and picture-perfect moment identified as one of the reasons balloon releases are conducted. The campaign is being funded by grants from the NOAA Office for Coastal Management and NOAA Marine Debris Program.” – joyfulsendoff.org/about

Statewide-Mass Balloon Release Bill from Surfrider Foundation South Jersey
Balloons continue to be a major source of ocean and beach pollution and pose a real threat to wildlife. Surfrider Foundation South Jersey and its supporters have successfully encouraged many municipalities to pass local legislation to stop mass balloon releases. It’s time to ban this practice at the state level.  Sign on to our new action letter below.
American Littoral Society, headquartered in Highlands, NJ has action items listed under their Champions of the Coast webpage, including taking action to pass an ordinance banning the intentional release of balloons.  Here is their sample resolution.

The links below are extreme graphic cases on why we should not release balloons into the atmosphere: 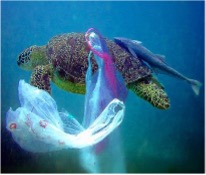