Cigarette butts account for approximately one in every five items collected during beach cleanups. Often littered on our sidewalks and streets, they end up in our storm drains, flowing to our streams, rivers, bays, lagoons and ultimately the ocean. An estimated 4.95 trillion cigarette butts are disposed of in our environment annually worldwide. Litter clean-up costs the U.S. over 11 billion annually, cigarette butts represent an estimated 32% of that litter.

Smokers can easily - and happily - dispose of their butts in appropriate ash receptacles instead of tossing them out car windows or on the ground. The problem is that most smokers do not even think that their actions in tossing a butt to the ground is littering - it's just how they have always disposed of the cigarette. Once awareness is raised, most smokers are caring and considerate enough to change their conduct. Raising awareness is the biggest key to resolving this problem.

How to Make a Difference: 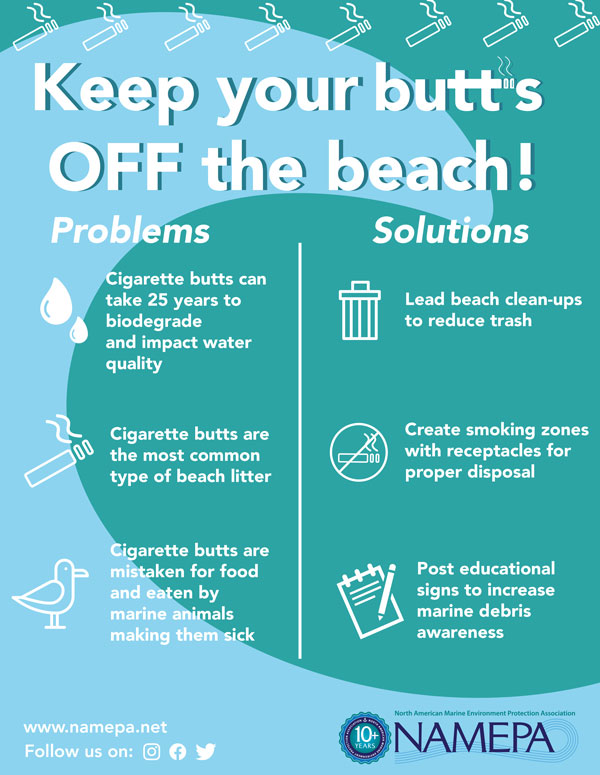 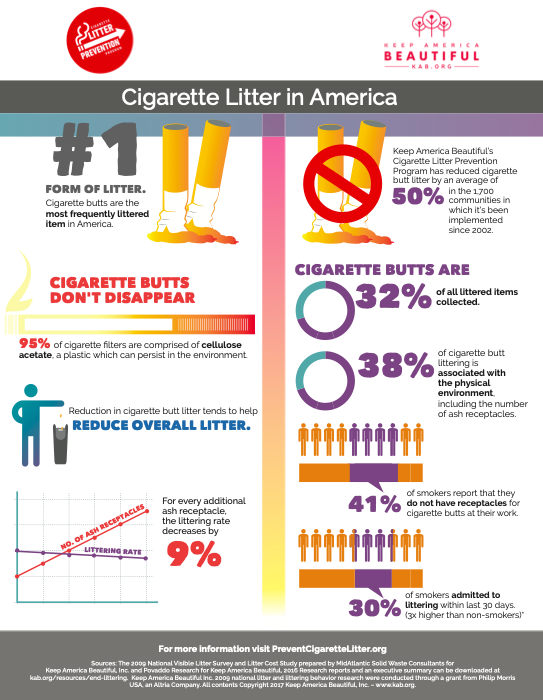 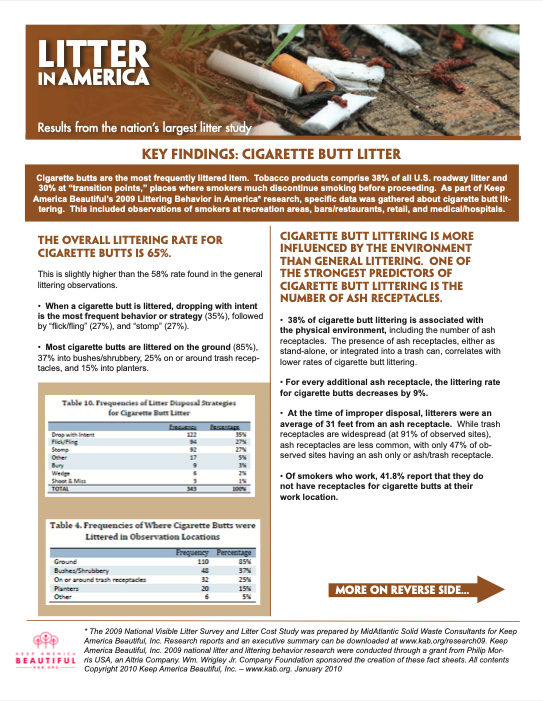 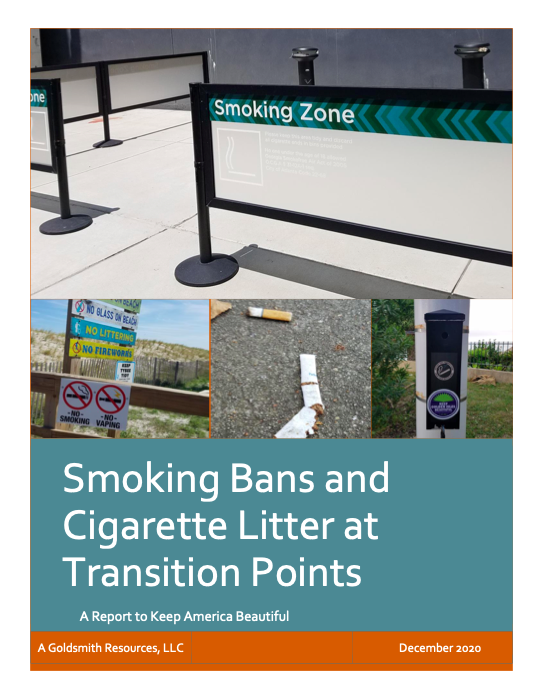 As of October 2, 2017, New Jersey had 178 municipalities that banned smoking in local parks.

As of June 24, 2015, 13 New Jersey Counties have banned smoking on properties owned or leased by the governing agency. Violators would be subject to a $250 fine on their first offense, $500 on their second, and $1,000 each on subsequent offenses.

As of January 16, 2019, 50 New Jersey State Parks has banned smoking on properties owned or leased by the State agency. Violating the Act can result in a fine of between $250 and $1,000, depending how many violations one has incurred within a year.

In 2017 volunteers from Clean Ocean Action did a widespread clean up.